How to Check Rarity on Your NFT Asset

This article breaks down how to check rarity on your NFT asset step by step and offers tips to combine Rarity.tools data with Opensea.io sales data to find undervalued NFT assets.

If you enjoy this article and want to get weekly notifications when new posts go live, subscribe to my e-mail list here.

Also note: If you've used this guide to figure out that you have a rare NFT asset, I strongly encourage you to consider buying a hardware wallet like the Ledger S, or Ledger X which starts at $59. I've personally used a Ledger Nano X over the last 6 months to minimize the risk of holding valuable NFTs. You can purchase one here. This is an affiliate link and I may receive a small commission if you purchase. You can read more about my affiliate disclosures by clicking here.

The NFT market is booming as more and more people are coming around to the idea of owning a digital asset that lives on a blockchain.

What makes these digital assets valuable is a combination of historical significance, technological innovation, art, cultural relevance, and rarity.

There’s also a significant value difference between assets in certain projects, which is largely attributed to the rarity of those assets.

Many new projects are launching in sets of 10,000 assets, typically avatar-type characters with hundreds of different feature combinations. For example, some CryptoPunks sold for $5+ million dollars while others sold for $1.02 million.

What makes them worth such staggeringly different prices?

How do I check the rarity of my NFT asset?

You can check the rarity of your NFT by going to Rarity.Tools. Click "All Collections", search for your project, type in your OpenSea asset ID under "ID" and click "Look Up". You'll see the rank of your NFT out of the total NFTs in the collection. E.g. 4th out of 4,500.

We are going to go through these exact steps together, in detail, and I'm going to show you how to use Rarity.Tools and OpenSea to properly price your NFT asset and find underpriced NFTs.

When you mint or buy an NFT, it is usually part of a larger collection.

Rarity.tools can help you figure out how rare your asset is out of the entire collection it’s part of.

For example, let’s say you mint or buy an asset from the 0N1 Force NFT project that has 7,777 individual assets.

Out of those 7,777 assets, how does yours stack up in terms of rarity compared to the other assets?

The problem is that while the traits of an asset (and its rarity) are listed on Opensea, it can be difficult and time-consuming to compare assets:

Rarity.tools simplifies this process for us by ranking each asset by rarity, so we don’t have to do it by hand to more quickly analyze the data. This tool is critical to help you properly price an item, avoid overpaying for a less rare asset, and find good prices on rare assets.

Open Rarity.tools and click on the “All Collections” tab in the main menu:

You can search for a project in the toolbar if it isn’t listed in the top projects.

Note: If your project isn’t popping up on Rarity.tools, double-check the spelling, but it could also mean that the project hasn’t been listed yet.

After clicking on 0N1 Force, I am taken to a page that shows every single asset ranking by its rarity:

This page displays the number of assets, the current floor price, and a filter for Rarity, Price, Recently listed and asset ID.

If you own an asset from the project, you’ll want to grab its ID number from OpenSea so you can search for it on Rarity.tools:

Note: This is not my asset.

Copy that ID and paste it into the “ID” form bubble under the Project tab on the left-hand side of the page:

Click the “Lookup” button and it will return your result with both a numerical ranking and breakdown of the rarity traits:

Instead of playing a guessing game about how rare your asset is, leverage rarity.tools to quickly find out where your assets rank in the project.

How Does Rarity.Tools Calculate the Rarity of an NFT?

Rarity.tools leverages a mathematical formula to produce a rarity score based on the traits of an asset:

Rather than ranking based on assets with the rarest singular traits, Rarity.tools factors in the rarity of all traits that comprise an asset.

This means that although our asset from the example in the previous section has a 1% trait, it does not put that it in the top 1% of assets in the project. The tool looks at the whole picture. If you want a more detailed write-up from Rarity.tools about their chosen methodology, you can find that here.

It’s also worth considering that the market ultimately determines the value of an NFT. Rarity.tools has chosen a model they believe in, but you may come across a project where one trait significantly outweighs others in terms of desirability.

How Should I use Rarity.tools to Buy NFTs?

If you are going to buy an avatar NFT, you shouldn’t do so until you use this tool. While there are some projects where a ranking wouldn’t be as useful (they’re likely unlisted anyway) it’s worth making a habit of checking it before pressing “Buy Now”.

If you are savvy and looking for an advantage of the market, I recommend filtering by “Price: Low -> High”.

The result will show you assets with the lowest pricing and their rarity ranking:

If you have a budget in mind (which I strongly encourage), you can find the rarest item for the price that fits your budget.

You may also be able to find rare assets that are underpriced. Not everyone checks Rarity.tools before selling, so this may give you an advantage.

As you recall, rarity.tools isn’t the ultimate point of truth. There may be a trait you notice that stands out in the project.

For example, you might notice the avatar for sale at 0.58 ETH with the rarity rank of #5532 that has a bubble gum trait:

You can leverage OpenSea.io’s filtering capability to look at the pricing of assets that have this trait to see the lowest floor price:

You can also look at the highest last sale:

This may help you identify traits that are selling over their total rarity rank.

While the asset I identified has already been sold, I used OpenSea data to see that the lowest available buy-it-now price is 0.89 ETH.

I can then look at the highest last sale to get a feel for the demand of a certain trait, and in this case, it was 1.1 ETH.

Personally, I am a fan of the bubblegum trait, but based on the data, the market hasn’t awarded it at a premium.

If that asset were for sale at 0.58, I would have purchased it. There are just 177 assets with bubblegum, the floor is more than .3 ETH higher, and the highest sale got over 1 ETH.

It’s important to think for yourself and do your own research, but this example gives you an idea for how to do just that.

Combining rarity.tools and Opensea data can give you an advantage in the market and help you move faster by removing the guesswork of rarity for assets in an NFT project.

The NFT market has grown considerably since this article was first released in September.

In that time, NFTs on the Solana blockchain have grown in popularity, new rarity tools have been released, and new loopholes have been discovered that allow you to check the rarity of NFTs before assets are revealed on OpenSea.

Rarity.tools is still the top NFT tool we use to check the rarity of our NFTs, but if you need an alternative rarity checker for Solana NFTs, check out: Howrare.is.

Howrare.is boasts 1.33 million items across 290 collections and has a user interface similar to Rarity.Tools. It allows you to enter your Solana NFT asset ID and gives a numerical rank, a rarity score, and attribute count.

And if you're looking for rarity rankings of NFT projects across multiple blockchains, check out RaritySniper.com.

The majority of listed projects (750 out of 842) use the Ethereum blockchain, but it's useful to be able to quickly look at the rarity of assets from other blockchains.

Rarity Sniper has a really cool background story. It was initially launched as a Discord group, which you can join by clicking here. Its founder was initially sending Rarity Tools screenshots to users but the group blew up (to 350,000 users), so he built a website for users to check rarity themselves. The site received 1 million unique visitors in the first month.

You can read more about that story on ONE37pm by clicking here.

And did you know that there is actually a way to view the rarity of your NFT asset before it is revealed on OpenSea? We just built a step-by-step guide for how to do this, which you can read by clicking here.

The summary is that most NFT assets are not stored on the blockchain because it is expensive to do this. Platforms like IPFS were built to reduce hosting costs of metadata (image, traits, description) of an NFT asset but some savvy users have figured out how to use this to their advantage and look at traits before an NFT reveals on OpenSea.

This is a market inefficiency that gives an advantage to those who know how to use Etherscan and IPFS to get this data.

Creators are getting smarter about hiding it, but you don't want to be the one to sell a rare NFT asset before reveal without knowing it, so it's best to run through these steps and double-check before you make a sale. 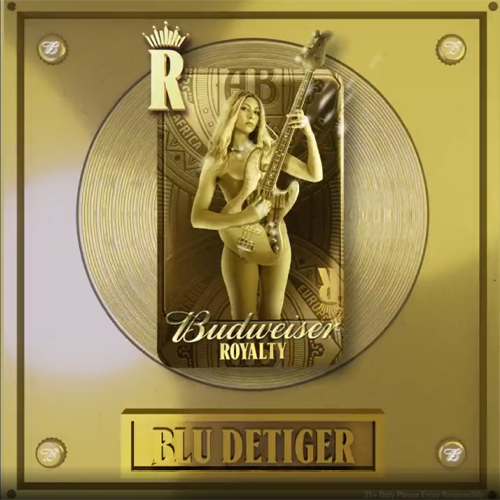 Project Breakdown: The Story of The CryptoCards Collection (2018)