This article breaks down why I sold all my USDC held in the Voyager app on May 12th and my take on the biggest problem in DeFi.

None of the below information is intended as financial advice and should not be construed that way. Any decisions you make with your money are your own. As mentioned on StartWithNFTs.com, never spend money you can’t afford to lose.

This blog post may contain affiliate links to products or services that pay us a commission if you make a purchase. We never recommend products that we haven't personally used ourselves and encourage you to read more about our affiliate disclosures here.

If you want to manage your crypto assets and not risk them with a custodial wallet (meaning someone else has your keys, and in events like the ones unfolding today, could be at-risk of being frozen or worse), consider this product. You can shop for Ledger Hardware wallets by clicking here.

Back in November, I decided to put some of my cash savings into the Voyager app. I purchased USDC, a stablecoin, and enjoyed earning 9% APY from staking rewards, which paid out $94.16 per month.

I made the decision to do so after seeing Mark Cuban tweet that anyone who didn’t like their job should convert 4 months' expenses to USDC and earn the high yields while looking for a better job.

He even went as far as to say “there will never be a better time to be looking for a job than these next few months”.

That was November 4th, 2021 and, his Tweet was pretty accurate (except for leaving out that the DeFi yields were extremely risky).

After seeing the yield hit my bank account and feeling safer than NFTs and other crypto assets, I did my due diligence and wrote a full breakdown of Voyager and its USDC staking program - you can read that here.

It went well for 6 months, but then my alarm bells started to go off.

At the end of my article, I posed the question: Is Voyager Safe to Use?

The answer was no, it was not, and here’s why:

“(1) Voyager will use Customer’s Cryptocurrency to engage in staking and lending activities. Loans made by Voyager may not be secured. Customer has exposure to both Voyager’s and each Borrower’s credit risk. In the event of a Borrower default, Voyager does not have an obligation or the ability to return affected Cryptocurrency back to Customer’s Account.”

What selfishly frustrated me is that if you google “Is Voyager Safe”, all of the articles, including Time.com said yes.

Mine is the only one I found that said it wasn’t.

Reading user agreements is a pain, and you have to scroll pretty far in Voyager’s to find where it states the risks of participating in the rewards program.

Pro Tip: Control+F and search “risk” in any user agreement or terms of service. I did this and came across the below, which so many people likely didn’t read. I am not a lawyer, but you don’t need to be a lawyer to understand these statements.

You can find the user agreement here and it contains the below statements about the program risks:

(1)   Voyager will use Customer’s Cryptocurrency to engage in staking and lending activities. Loans made by Voyager may not be secured. Customer has exposure to both Voyager’s and each Borrower’s credit risk. In the event of a Borrower default, Voyager does not have an obligation or the ability to return affected Cryptocurrency back to Customer’s Account.

(2)   Loans may not be secured. Cryptocurrency subject to all lending activity or certain staking activity delegated to a third party financial institution will not be held by Voyager or its Custodians. Customer understands and acknowledges that Voyager is not responsible for any Cryptocurrency that Voyager does not itself hold or that is not held with one of its Custodians.

(3)   The Rewards Program and Voyager's underlying staking and lending activities are not insured.

(4)   Customer understands each of the aforementioned risks and accepts the risk of loss associated with participating in the Rewards Program up to, and including, total loss of all Customer Cryptocurrency.

Voyager’s big marketing point was that it was federally insured, but only the USD is insured, NOT the USDC.

If you’re reading this thinking, “well duh, I knew that” - I know people didn’t know that because I saw it all over Twitter.

When Luna collapsed in late April, I couldn’t stop thinking about those user agreement statements.

On May 12th, I withdrew my funds and said goodbye to the APY. It just wasn’t worth it.

I never knew who was really taking out loans and how well Voyager was vetting them, but then other dominoes started to fall after the Luna collapse and it became more clear:

While writing my original article about Voyager, I also used sections of their User Agreement and other research to try and explain how they generated their high yield.

Despite being an article from 2019, Voyager had actually partnered with Celcius to “manage certain assets”.

It seems that is no longer the case, but soon after the Luna collapse, Celcius halted trading.

I didn’t know how everything was connected at the time, but I listened to smart people who kept saying “not your keys, not your coins”.

These companies pay a yield by lending out your assets, and Celcius seemed to realize it had a pending liquidity crisis if every customer decided to withdraw their funds at once.

Similar to a bank run, panic in the market seemed to have triggered increasing withdrawals, and without a backstop of federal insurance, crypto-assets held in Celcius were at risk of being frozen.

And then the story got deeper.

The company invested more than $200 million in Luna, which is now rendered worthless. Another article stated that it was actually $559.6 million and that it’s now worth $670 (yes, just $670, no other zeros). I’m not sure if that’s accurate, because it’s only one source, but whether it was $200 million or $559.6 million, a lot of money was lost.

I went to the Three Arrows Capital website, and they have a pop-up message disclosing that the platform is “only suitable for sophisticated investors who can bear the loss of a substantial portion or even all the money the invest . . . ”

Pro Tip: who would have wanted to invest substantial money in a company that didn’t proofread its disclosure. I know, I’m being picky, but “even all the money the invest” they didn’t catch that it should have said they!?

Here’s the problem: 3AC didn’t just work with extremely wealthy individuals, it actually took out a substantial loan from Voyager. As stated in Voyager’s user agreement, they loan out your cryptocurrency.

So, effectively, my staked USDC in Voyager was now subject to “even all the money the invest”.

So yeah, hedge funds like 3AC were the ones taking the loans that paid high interest (likely no collateral, but that is purely speculation).

That total number has been said to be over $655 million.

Here’s the thing - USDC, in my opinion, was the safest of the stablecoins because Circle seemed to be very well managed and had cash and near-term Treasuries as reserves.

The stable coin is, stable, because for every USDC, there is 1 US dollar.

If that’s the case, there’s no risk in redeeming a USDC for a USD. I’m not going to speculate, but there must be transparency and trust that USDCs aren’t digitally printed without the backing of USD in a reserve.

If USDCs were digitally printed/minted and the reserve didn’t increase 1:1, people might get scared and they might have a bank run on their hands.

Regardless, USDC felt safe and so did Voyager.

But the problem was staking USDC for interest. The money was loaned out, thus incurring risk.

Banks loan your money, but at much lower rates, and your money is federally insured up to a certain amount.

With Voyager, staked USDC is not insured and is at risk of the loan defaulting.

Voyager reduced the daily limit withdrawals to $10,000 amidst all the chaos and announced a $500 million loan from Alameda.

Voyager’s only tweet since it was revealed they loaned 3AC money has been about the loan.

I have not been able to find how much USDC Voyager has under its management, but it would be fascinating to know what % of its assets were loaned to 3AC.

If tons of customers suddenly want to unstake their USDC, Voyager has to pay them back, but can’t do that if their loans aren’t being repaid especially $655 million loans.

Where Does Voyager Go From Here?

Honest answer, I have no idea (sorry!).

But I took my money out and want to let the dust settle. I’ll never tell you what to do with your money, hence why this is not financial advice, but to me the largest issue with DeFi is the lack of Federal Insurance.

Federal Insurance was created during the Great Depression to prevent bank runs, and even if it means printing more money and creating inflation (speculation) the psychological aspect of “my money is safe” is powerful.

Yields mean your money is being loaned out, and without insurance, a bad loan that gets headlines on a default could cause panic, everyone trying to get their money out at the same time, and withdrawal limits being lowered until it is frozen because there’s not enough liquidity to pay back all the withdrawals.

Voyager now has a loan to help it pay people out who want to withdraw, but I’m not going near any high-yield DeFi offerings for a while.

If you want to manage your crypto assets and not risk them with a custodial wallet (meaning someone else has your keys, and in events like the ones unfolding today, could be at-risk of being frozen or worse), consider getting a hardware wallet to manage your own assets and protect them. You can shop for Ledger Hardware wallets by clicking here. 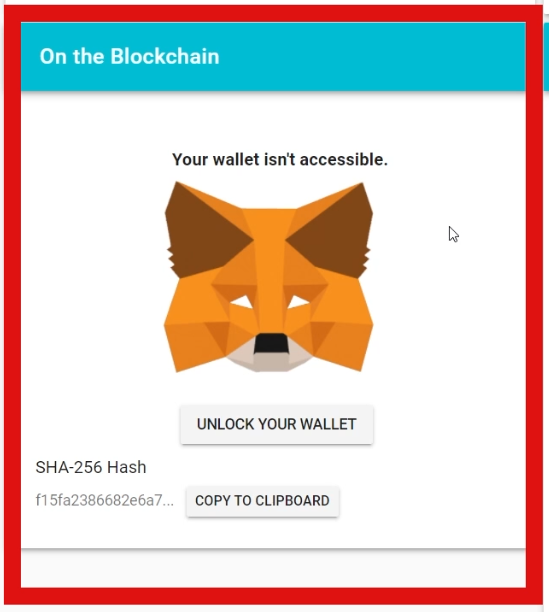 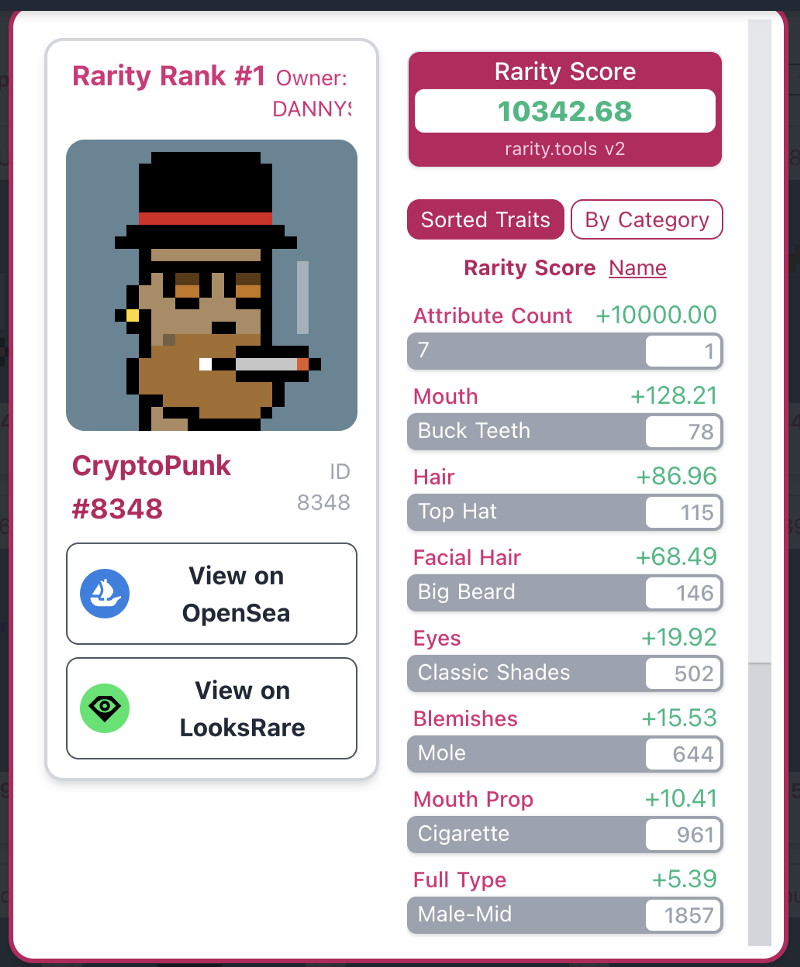 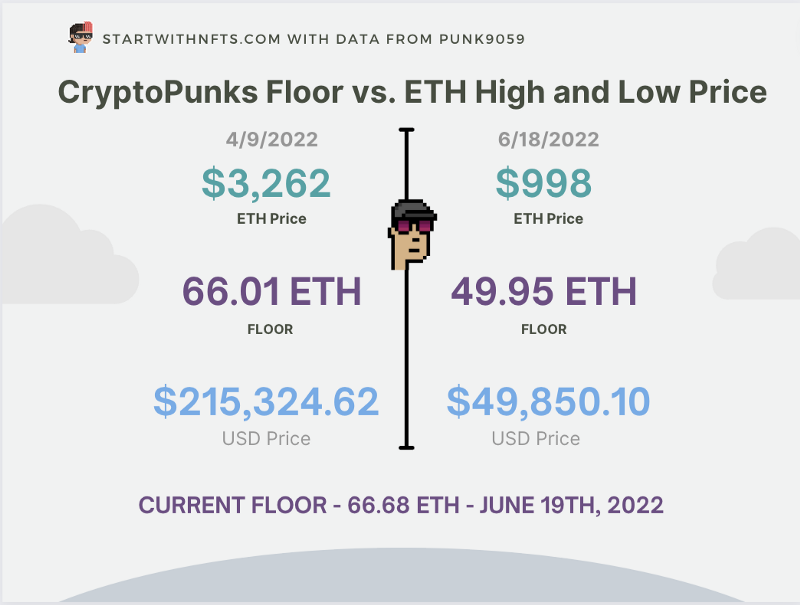