The NFT market has been a wild ride since 2020 (and well before that for some of you). The explosion in the number of projects released in 2021 has brought with it a lot of failed projects or ones that didn't live up to the hype. That leaves us wondering, why do NFTs lose value? In today's guest post, fellow web3 / NFT writer and blogger Alex Gomez of CyberScrilla.com shares his thoughts with us about why NFTs lose value.

We’ve seen a lot of ups and downs in the NFT market. With that, many investors have made thousands and even millions of dollars. However, an even greater number of people have lost money due to the value of their NFTs rapidly declining. So why do NFTs lose value?

NFTs lose value because they fail to provide holders with value. Investors buy these assets at an over-speculated price, then once the creator fails to execute on their promise, prices plummet. Other reasons include bad intent, lack of innovativeness, and excess speculation of the overall market.

Considering every NFT is different, there are a number of reasons why it might lose its value. In this article, we will discuss some of the most likely reasons why an NFT loses value, as well as how that value is determined.

There are various reasons why an NFT might lose its value. Below are some of the most likely causes.

There’s nothing more harmful to a brand than a bad actor. Creators with immoral intent can quickly destroy a brand and everything associated with it—including its NFTs.

Some examples of bad intent include promising your consumers one thing to hype up an NFT, then failing to deliver on that promise. Not only do creators lose the trust of their community this way, but it also results in an almost instant drop in value because holders will quickly liquidate their assets.

One of the most common acts of bad intent observed in the NFT space is outright scams. Creators use their community to hype up their brand—then as soon as they sell out—they completely abandon the project. This is more commonly known as a rug pull scam.

Failure to communicate in the NFT space can be detrimental to an NFT’s value. The reason being is that investors like to know what’s happening every step of the way.

Most NFT brands at this stage are startups, so investors are already pulling out their hair waiting for the next “big update”. Failure to communicate any updates (both good and bad), will have investors on the edge of their seats, or even worse, they’ll become anxious and sell their holdings.

Once holders of an NFT project notice others are selling their shares, they get anxious and do the same thing. This creates a domino effect and plummets the value of the entire NFT project.

One example of a popular NFT project that failed to communicate a big announcement is Moonbirds. When the creator, Kevin Rose, failed to inform his holders that all the NFTs were moving to a CC0 public license, many people were outraged.

Although it’s arguable whether or not this decision was a good one, there’s no doubt that deciding not to tell his holders about the update was a mistake considering it caused an uproar on Twitter.

Even more so, the floor price decreased after the unexpected announcement.

If an NFT doesn’t stand out, it doesn’t stand a chance. We know this to be true thanks to the 2021 phase where everyone was creating random animal NFTs. In less than a year, nearly every animal in the alphabet had been used to create “the next best NFT project”.

Now look at the value of 99% of those projects, they’re all basically zero. Of course, there’s more to it than just that; such as how none of the projects actually provided any real value or perks to their holders.

Rather, they were cashing in on what was popular at the time. Overall, the lack of innovation from the creators has doomed these projects for eternity, as well as all animal-themed NFTs.

Ultimately, over-speculation of the entire market is why most NFTs have declined in value. Many investors gamble away thousands of dollars hoping to strike gold, instead, they fail because they didn’t do the proper research before buying.

As a result, the price of NFT projects have experienced huge fluctuations. High-value speculations have only led to low-value market adjustments once investors realize they made the wrong choice.

Unfortunately, this has been the case for most people. That’s why there are very few NFT projects that have actually held their value over time.

What Determines an NFT’s Value?

An NFT’s value is determined by the utilities it offers and the brand’s reputation. This means it's a combination of brand building, providing value, creating demand, and building a reputation over time that affects the value of an NFT.

Below are four important factors that play a role in determining the value of an NFT.

Brand is what makes every NFT stand out. Blue chip NFTs like Bored Ape Yacht Club, CryptoPunks, and VeeFriends are all household names in the NFT space. Why is it that we know these projects over the thousands of other digital assets on the market?

Because they have effectively branded themselves. It’s the same reason why most of us are willing to pay more for a pair of Nikes. We know Nike, we like Nike, and we understand that almost everyone in the world prefers Nike over other lesser-known brands.

That is the power of brand. Serial entrepreneur, Gary Vaynerchuk, has spoken countless times about how important brand is in a world where technological infrastructures are taking over.

One example comes from his speech at IFA 2019—franchising's biggest event for business development and personal growth when Gary said:

“You’re competing with a new infrastructure, that is going to market properly to the end consumer using the infrastructure of the mobile web. The number one way to win in this big of a destructive shift of the next decade, is to build an actual brand.”

At the end of the day, when we buy something, it’s because we either need it or we want it. When it comes to NFTs, it likely falls under the “want it” category.

When NFTs first became popular in 2021, everyone wanted one because they wanted to become overnight millionaires. Now as the technology progresses, consumers are looking for value in the form of utility.

Utility appears in many forms including:

It’s up to the NFT creator to decide how much value they want to provide to their consumers. With that, consumers are the ones who determine how valuable an NFT is based on how much they’re willing to pay for it.

Value is all a game of supply and demand. How many NFTs exist and how many people want one? Generally, if the number of people who want to own a particular NFT outweighs the number of NFTs that exist, the value of the asset will rise until it reaches a point where only a small amount of people can afford it.

From there, the value will either increase, maintain, or decrease. The determining factor is how well the brand continues to provide holders with enough value for them to want to keep it. If they execute properly, the demand will stay.

A solid reputation is a result of doing everything I mentioned above well. If you are able to build a good reputation in your industry, then you will earn your consumers’ trust. When people trust you, they value you even more.

Think about a time when you had a great experience at a restaurant for example. The food was great, the drinks were strong, and the service was top-notch. So what do you do? You come back. Not only that, you bring your friends along with you because you trust that they will enjoy it as much as you do.

This happens over and over again, year over year, eventually creating a strong web of people who are the foundation of the brand’s reputation. Once a brand fosters a good reputation, it’s easier to bring more people in.

This is also true for the value of NFTs. The better the reputation, the more people will want to own one.

Are NFTs Still A Good Investment?

NFTs are suitable investments if you desire the utility it offers. Since an NFT’s utility is more straightforward to gauge than its actual value, investing in one solely for monetary gain is risky. That being said, Chainalysis reported collectors and investors have already sent over $37 billion to NFT marketplaces in 2022 alone.

Obviously, there’s no lack of investors.

However, it’s almost impossible to say which NFTs would make a good investment. Doing your own research to ensure that an NFT checks all of your boxes from an investment standpoint is one of the best ways to approach it.

Overall, the reasons why an NFT loses its value are abundant. From bad intent to lack of communication, it all results in minimal value for the end consumers. 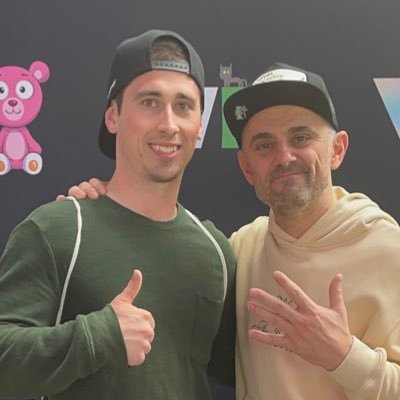 Alex Gomez is the founder and author of CyberScrilla.com. 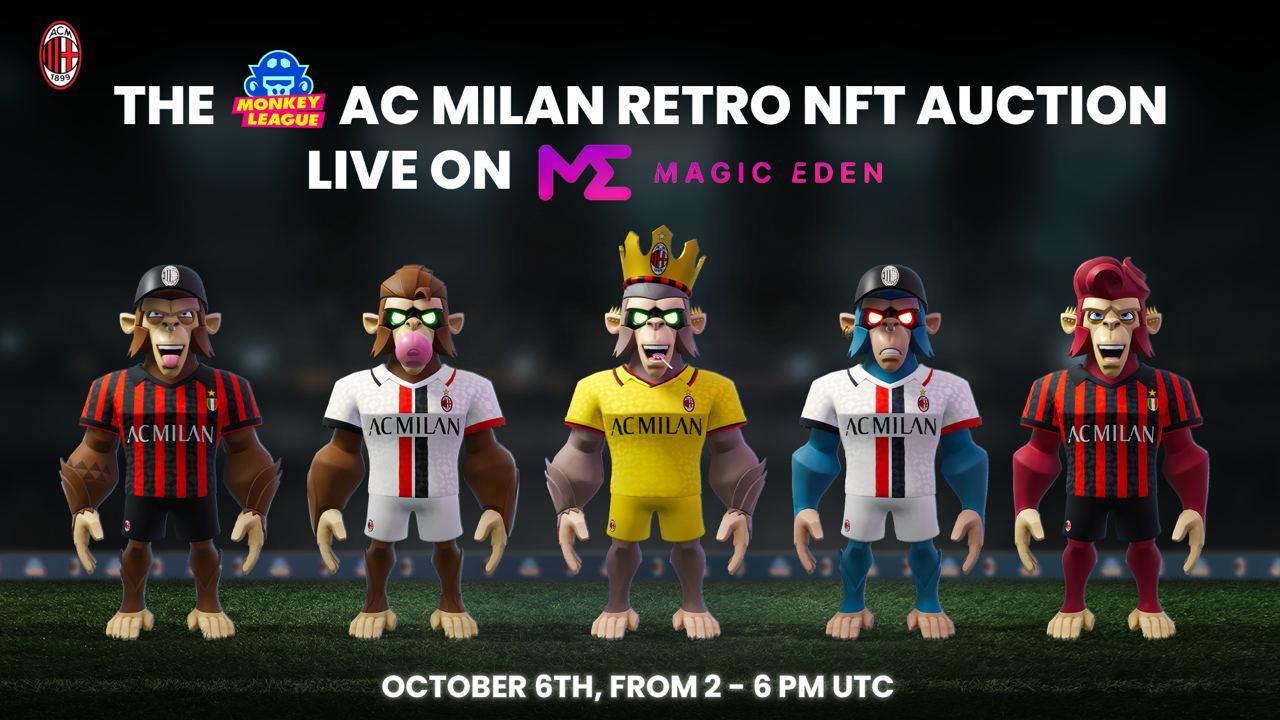 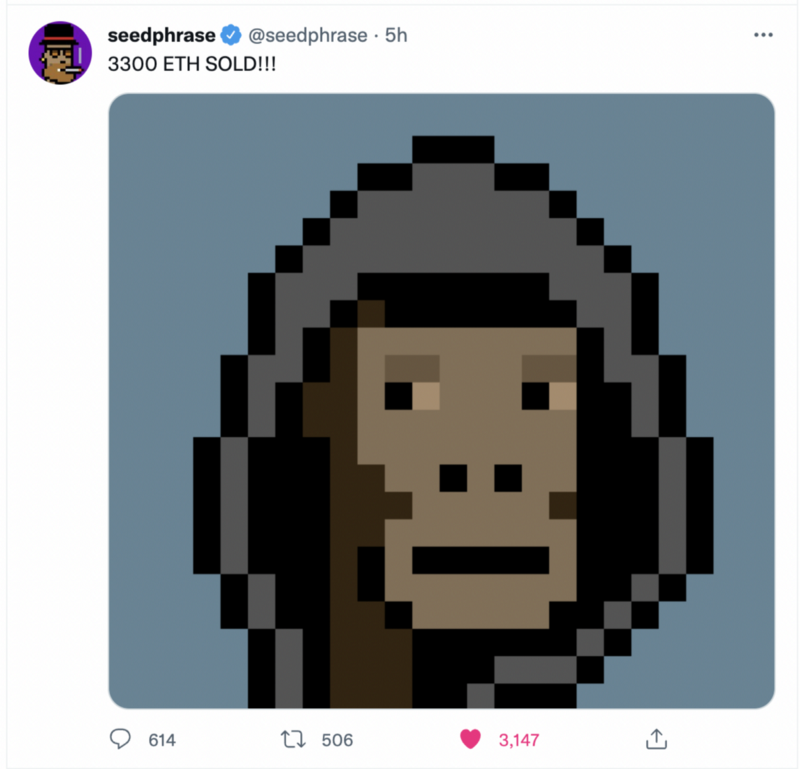