Project Breakdown: The Story of The CryptoCards Collection (2018)

The CryptoCards is a historic NFT project, launched in January 2018, depicting significant moments in Bitcoin's history from the beginning in 2009-2017. There are 64 individual cards with a total supply of 8,451. This project has a ton of market fit for collectors who enjoy collecting early NFT projects, as well as early Bitcoin adopters who want an NFT to commemorate significant moments in their personal Bitcoin journey.

If you are tired of looking at Discord, Twitter, and OpenSea 24/7 to stay ahead of the market, check out WenAlphaText.io. Track your favorite NFT wallets and get a text when they buy an NFT. Learn more at WenAlphaText.io.

Full disclosure: I own 2 CryptoCards. The aim of this article is to share the information I think you should know about the collection. There are some personal opinions expressed about the nature of historic projects and a bullish case for The CryptoCard’s place in the historic NFT ecosystem. I also compare The CryptoCards’ price to a similar historic NFT project, Curio Cards, of which I also own a few. Nothing shared here is investment advice.

The CryptoCards is an NFT project created in January 2018 that chronicles significant events in the history of Bitcoin. The team had a vision that Bitcoin was one of the most disruptive innovations of our lifetime and felt it was important to record that history on-chain in the form of collectible cryptocards.

For OGs in the crypto space, they’ll remember a lot of the events The CryptoCards showcase. Many members who collect The CryptoCards NFTs recall the exact moment they were during the moments depicted like the Mt Gox hack, or Bitcoin being used on OpenBazar.

The CryptoCards get their value by being an early NFT that depicts important moments in Bitcoin history. Many believe that NFTs will continue to evolve how creators & consumers transfer value over the internet. Because of this, some collectors have started acquiring NFTs created before 2020. They believe these early NFTs will be historic artifacts.

The audience that are looking for either of these characteristics have likely been in crypto/NFTs for a while, and perhaps have some disposable income because of it.

I’m not saying The CryptoCards are a sure-thing, however I am one of the people that enjoys buying historic projects. I joined crypto in late 2017 and I remember Bitcoin hitting $15k. I HAD to buy the card depicting that important moment in Bitcoin’s history.

I remember the emotional tie I had to the cards when I first saw them. This type of emotional bond is exactly what I look for when putting money towards a project. Stories are ultimately what make a historical project and the CryptoCards have plenty of them.  If other collectors have an emotional bond when collecting, this may lead to a more stable floor price compared to your run of the mill profile picture project, because people are simply more reluctant to sell.

This type of emotional connection is why I’m such an advocate of NFTs in general. You don’t get emotionally tied to a stock in a company or a bond… But with an NFT, unless you’re a pure NFT flipper, you buy an NFT because it speaks to you in some way. When an NFT speaks to you, you have an emotional connection with other collectors of the NFT project. You have something in common, resulting in making friends with those collectors easier than being just strangers. NFTs, at the core of everything, are about signaling what you’re interested in and attracting that into your life.

Most of the projects created during the dawn of NFTs either never gained much traction in the first place, or were forgotten about.

The CryptoCards were relaunched in November 2021 with an updated Discord server and Contract Wrapper with the help of NFT Archeologist Adam McBride.

Adam has helped rediscover/relaunch at least 10 early NFT projects. I interviewed Adam for this article and he mentioned The CryptoCards has one of the quickest & strongest communities formed around a historic project.

I suspect it’s because of the emotional connection by OG crypto enthusiasts.

Each CryptoCard depicts a certain event in Bitcoin's history. They include a date, an illustration, and a short description.

Let's look at a successful historic NFT project Curio Cards, and extrapolate what the potential price of The CryptoCards would be if they reached a similar evaluation.

Curio Cards are very similar. There are 30 individual cards with a max supply between 111-2000.

Then I multiplied the current The CryptoCard floor by 3.51 to get an extrapolated floor price of 2.28ETH.

This is an oversimplified calculation, but it shows the potential upside if the market appreciates The CryptoCards as much as Curio Cards.

The low volume reflects the project's re-discovery & wrapper being created only 2 months ago.

The Founding Team from 2018 remains active daily in the community and has outlined their plans for the future.  You can find them on The CryptoCards Discord.

Head of Marketing is a community member, Michael Lee.

You can view the collection on OpenSea.

If you’ve found this article helpful so far, please share on Twitter! It’s a great way to spread information about this historic project.

There are 64 individual cards, each with a max supply between 1 and 200.

There are different types of cards celebrating historic moments in Bitcoin’s history, from 2009-2017.

All of the cards were minted during the first couple of weeks in January 2018.

Each of these individual cards has varying levels of rarity.

You can see the total supply by using the filter on OpenSea...

Or by clicking on the individual asset & looking at the total number...

Projects that were created before January 24th, 2018 had to come up with their own code to become non-fungible. NFT stands for Non-Fungible Token, meaning it’s one of a kind, unique, and indivisible.

After January 24th, 2018 the ERC-721 standard was created, inventing a standardized way for a token to be non-fungible.

In order to be traded on modern NFT marketplaces, projects need to be ERC-721 compliant. Because you can’t edit the code once it’s running on the blockchain, a project created before the ERC-721 standard needs to be ‘wrapped’ in a smart contract that uses ERC-721 standard.

Simply put, ‘wrapping’ an NFT means putting the original NFT into a container that allows people to buy and sell on current marketplaces.

Interesting Moments in The CryptoCards History

The most recent interesting moment in The CryptoCards history is when the ‘China Bans Bitcoin’ card was delisted from OpenSea. Users couldn’t view the item, buy, or sell the card.

Shortly before it disappeared from OpenSea, the Discord got infiltrated by Chinese bots.

The bots were quickly banned from the Discord and the listing on OpenSea was brought back for the public to see once The CryptoCards community contacted OpenSea on Twitter.

This is crypto & NFTs censorship resistance in action. If the asset is on the blockchain, nobody can stop you from using it or trading it. Even one of the most powerful governments in the world couldn’t stop an asset from being bought & sold.

It wasn’t available on OpenSea because they likely have a threshold tracking how many times an asset has been reported. The bots swarmed the report button and OpenSea automatically removed it from the User Interface of OpenSea’s website, but it doesn’t take it off the blockchain meaning it’s still available to buy/sell outside of OpenSea.

This example of China regulating speech is solved by a decentralized service like Ethereum’s blockchain. That’s just one real-world example of why decentralization is so powerful.

When Adam McBride was working with the devs to re-launch The CryptoCards, they had to build a wrapper. The user interface to wrap the NFTs included 61 cards. Adam got a DM from a friend who mentioned they just minted 3 more cards that weren’t included in the wrapper. The original devs used an old list to compile the new wrapper, and missed 3 of the 64 total cards. The community refers to these 3 cards as the ‘Lost Cards’.

The Lost Cards are:

The roadmap and future executions in The CryptoCards are run by a small team including the original team and a few dedicated community members - Here’s the proposal they’re running on.

A few of their proposals include…

In my opinion, the project is already historic and they don’t need to do anything extra in order to etch their place in NFT history. To me, anything they’re able to accomplish in growing the project is icing on the cake.

Who's in The CryptoCard Community?

There are a handful of historic NFT collectors who are currently in the project.

Many collectors from Curio Cards have decided to buy The CryptoCards as well.

Follow me, ezrawithacamera, on Twitter to get your finger on the pulse of the future of web3, crypto & NFTs.

Subscribe to startwithnfts.com for weekly emails including the newest articles about the world of NFTs. 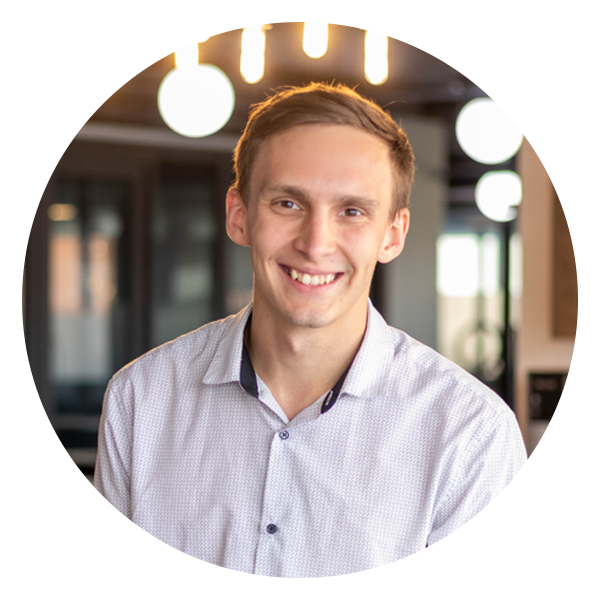 How NFTs Evolved to Become an Essence of Blockchain Games